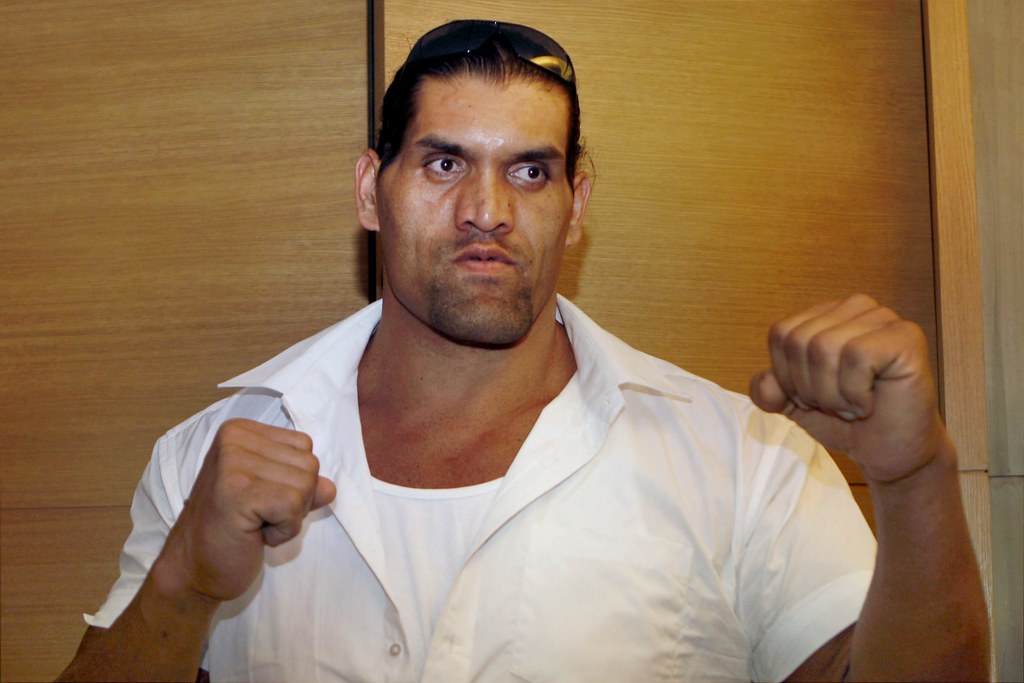 A professional wrestler since 2000, Rana was most notably with WWE from 2006 to 2014 where he performed under the name of "The Great Khali". After becoming WWE's World Heavyweight Champion in July 2007, he became the first Indian world champion in WWE history.

Before embarking on his professional wrestling career, he was an officer for the Punjab state police. He has appeared in four Hollywood films, two Bollywood films and several television shows.

Rana was born to Jwala Ram and his wife Tandi Devi in a Punjabi Hindu family of the Dhiraina village of Himachal Pradesh's Sirmaur district.

Being one of the seven siblings of a poor family, he had to do odd jobs to make ends meet and suffers from acromegaly, which among other effects causes gigantism and chin protrusion. When Rana was serving as a security guard in Shimla, he caught the eye of a police officer from the neighboring State of Punjab that—having previously helped several employees of Punjab Police to become international sportspersons—got him induced in the Punjab Police in 1993, and (though Rana was reluctant to leave Himachal Pradesh, his brother was also offered a job in the Punjab Police) once he landed in Punjab's Jalandhar, Rana trained in the local gyms to become a wrestler and soon he got selected for specialized wrestling training in the United States.