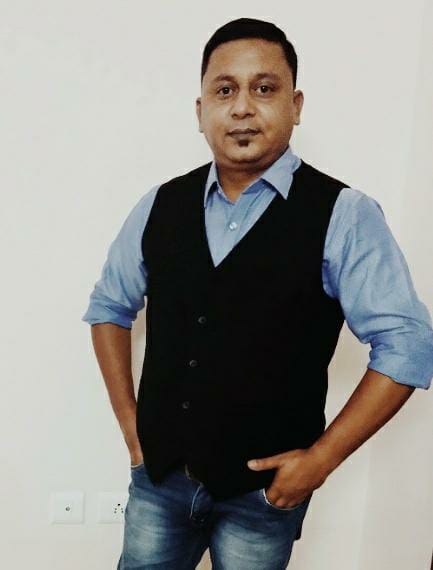 Yogesh Srivastav was born in Uttrakhand and brought up in a family based from an Army background. He was nurtured in a disciplined lifestyle.  Mr.Yogesh is a very passionate, self-motivated and enthusiastic by nature. Being an arts graduate and a post graduate in business administration, he started his journey in the initial years of his life diverging himself from his father’s dream to make him study higher in the traditional ways; but he chose his path struggling through the grassroots.

He started his professional journey in 2003 as a Sales Executive after completing his graduation. Further, he started pursuing his Masters in Business administration. Moving in step by step with his career in banking – direct sale he moved to the education sector migrating from Delhi exploring Agra, Mumbai in different domains to Rajasthan, the Pink city in 2006.

Mr. Yogesh proved himself as an excellent Leader in the competitive field of Information and Technology. Throughout his journey his consistent hard work and positive attitude have made him prepare for the upcoming challenges. He is a visionary and a successful entrepreneur of the pink city.
While all these years he was not accepted by his family due to his independent choice of career; he suffered losses, was financially choked and emotionally criticized.

He is now an established example and a role model for many in his Home town and the young generation of this era. He is the Co-Founder and Chief Executive Officer of HughTechnolabs Pvt. Ltd. established in 2014.

On asking what motivates you; Yogesh Says, “It is well said by Dr. B. R. Ambedkar that cultivation of mind should be the ultimate aim of Human existence. No matter how long you will live, your keenness to work and positive Attitude of mind will make you assured of getting your aims.” My strength is to focus on my work because that is my first love.

He believes that leaders should possess vigor and strength of commitment. For his team, he is a true leader. His triumph and esteem is recognized and honored by all of his team members and the community he serves. He has great vision towards his ambitions.

Yogesh delivers a vital message for young and emerging entrepreneurs, “No work is small”. If you want to achieve something, then wake up and start working on it. There’s nothing to stop you from striking your goal.